This is a protected page.

This relates to RT3 series robots, but is broadly applicable to RT4 with standard head (not projected) and non-gripping arms. For RT4 with Gripping Hands and InyaFace see below 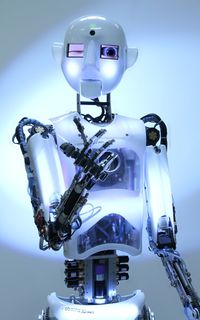 Please note that forearms are actually straight forward at 90 degrees to front of torso. The perspective in the camera view distorts the images slightly 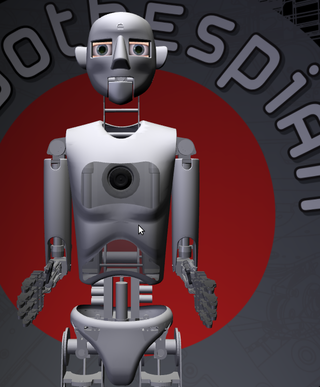 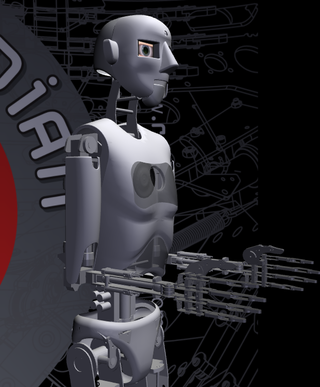 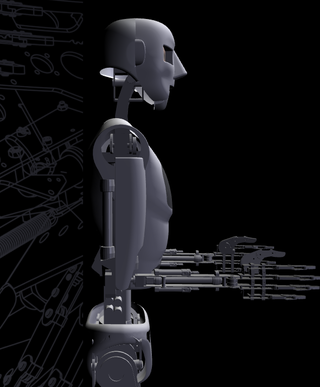 The following image shows the orientation of each axes, i.e. which direction increases the encoder reading. 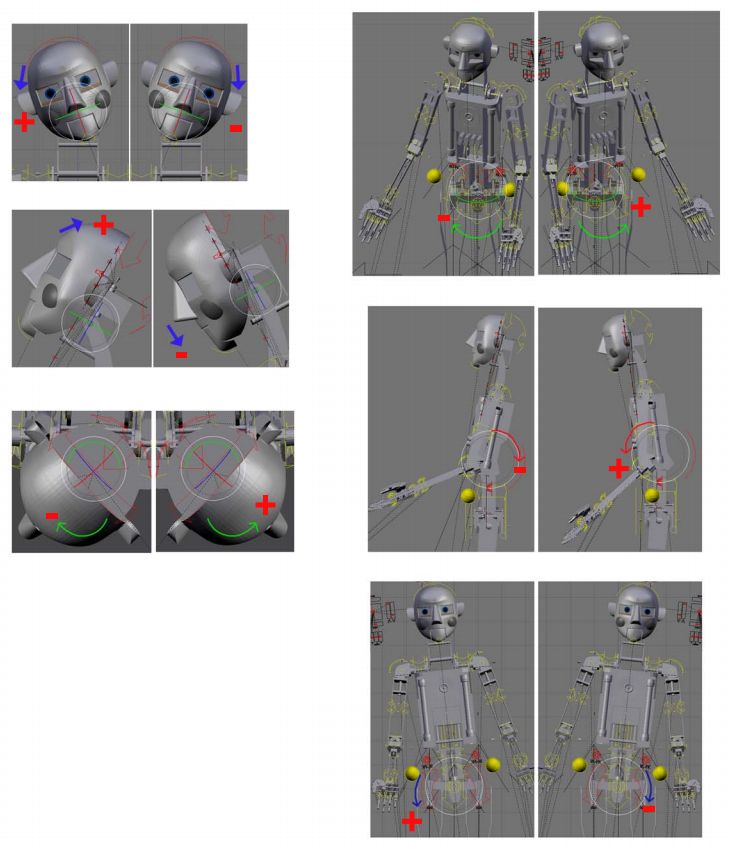 Distances between centres of rotational axes of joints, measured from RoboThespian's CAD design. 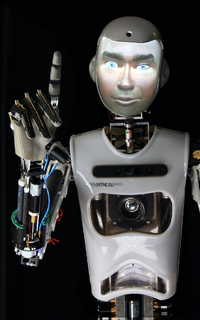 Kinematics (Collada file format) of the RT4, which is used in virtual robot.

The model is not 100% accurate, but good enough for visualization